TAIPEI, Taiwan, March 26, 2015 – Intel's X99 chipset used to be represented by a long line of huge and bulky EATX or ATX motherboards, because the CPU, chipset, memory and whole layout required an extra large PCB to contain the extreme performance. But that was all yesterday's history. Now ASRock's research and development team has worked out a way to defy logics, and have built an incredibly small mini-ITX form factor motherboard with Intel® X99 chipset's extremely huge performance. Hence the world's first and only mini-ITX X99 chipset motherboard – ASRock X99E-ITX/ac is born! 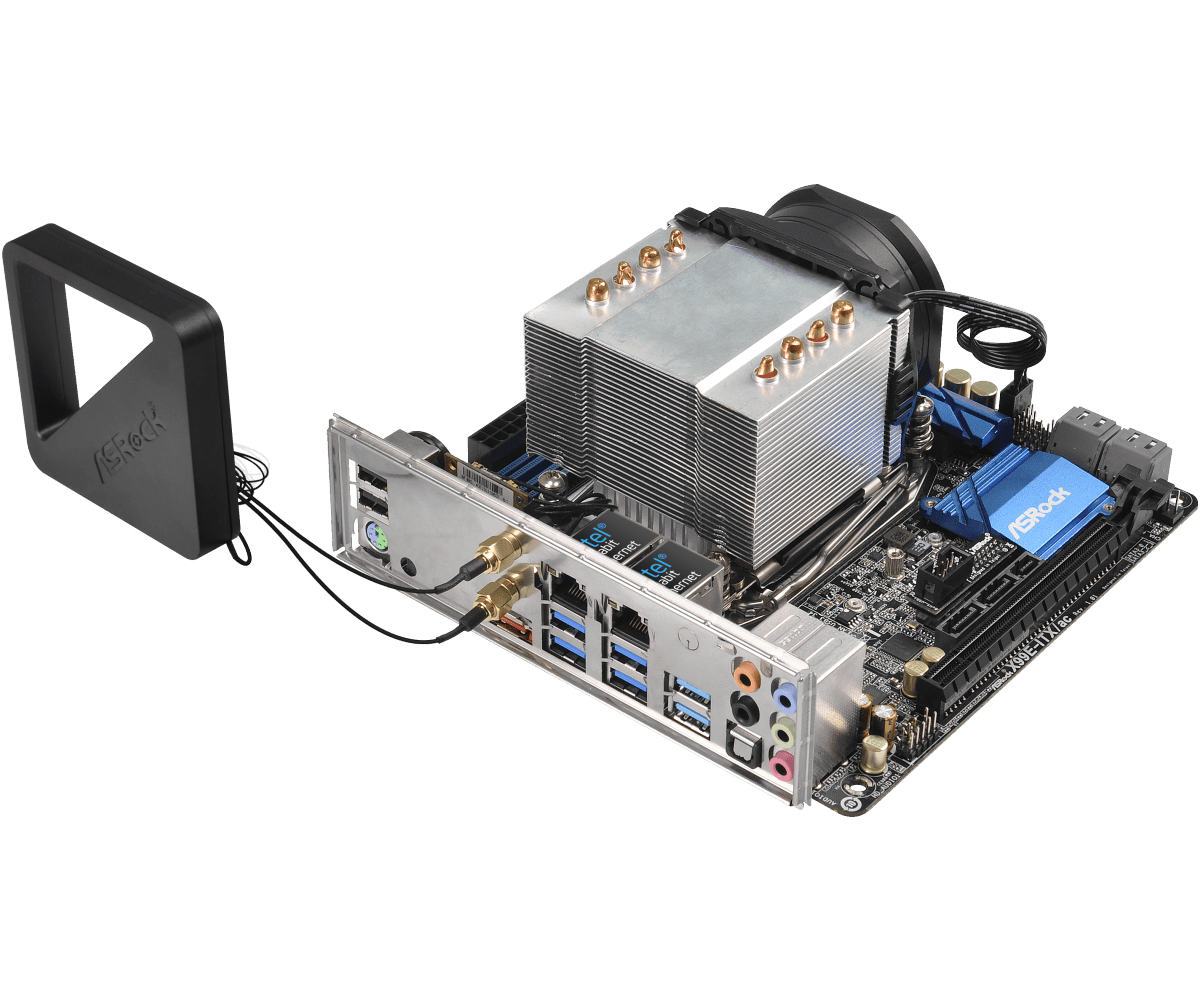 Regardless of its tiny size, X99E-ITX/ac is built around an X99 chipset and an X Series OC Socket. This new socket design by ASRock unlocks the hidden performance of Intel® LGA 2011-3 socket CPUs, giving the overall performance a huge boost. The whole set of Super Alloy hardware features are crammed onto the board too, including Premium 60A Power Chokes, Premium Memory Alloy Chokes, Fairchild 60A Dual Cool™ DrMOS which withstands 60A currents and keeps the system cool, Nichicon 12k Platinum Capacitors that promotes performance, plus a luxurious 6 phase power design and digi power. 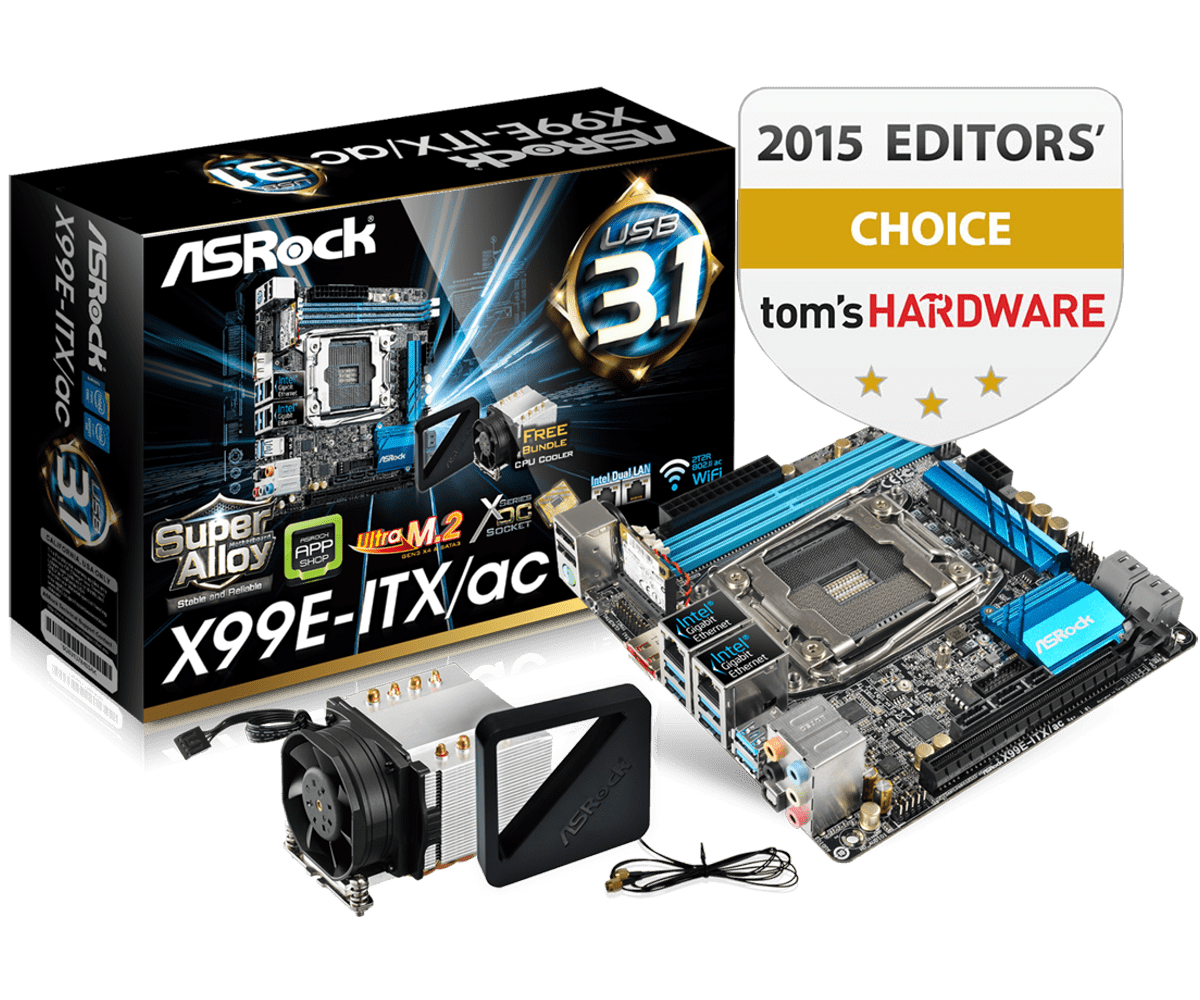 Other points worth mentioning are the onboard 32Gb/s PCIe Gen3 x4 Ultra M.2 socket for insanely fast SSDs, the 10Gb/s SATA Express connector that will work with future SATA Express HDDs, dual Intel® LAN ports that support teaming, and dual band 2.4/5 GHz 802.11ac WiFi with Bluetooth 4.0. To add icing on the cake, there are two Type-A USB 3.1 ports on the rear i/o that allow up to 10Gb/s data rates. Furthermore, ASRock is bundling a server grade narrow ILM cooling fan and water cooling mounting plate, so that user may choose their desired solution for keeping cool.