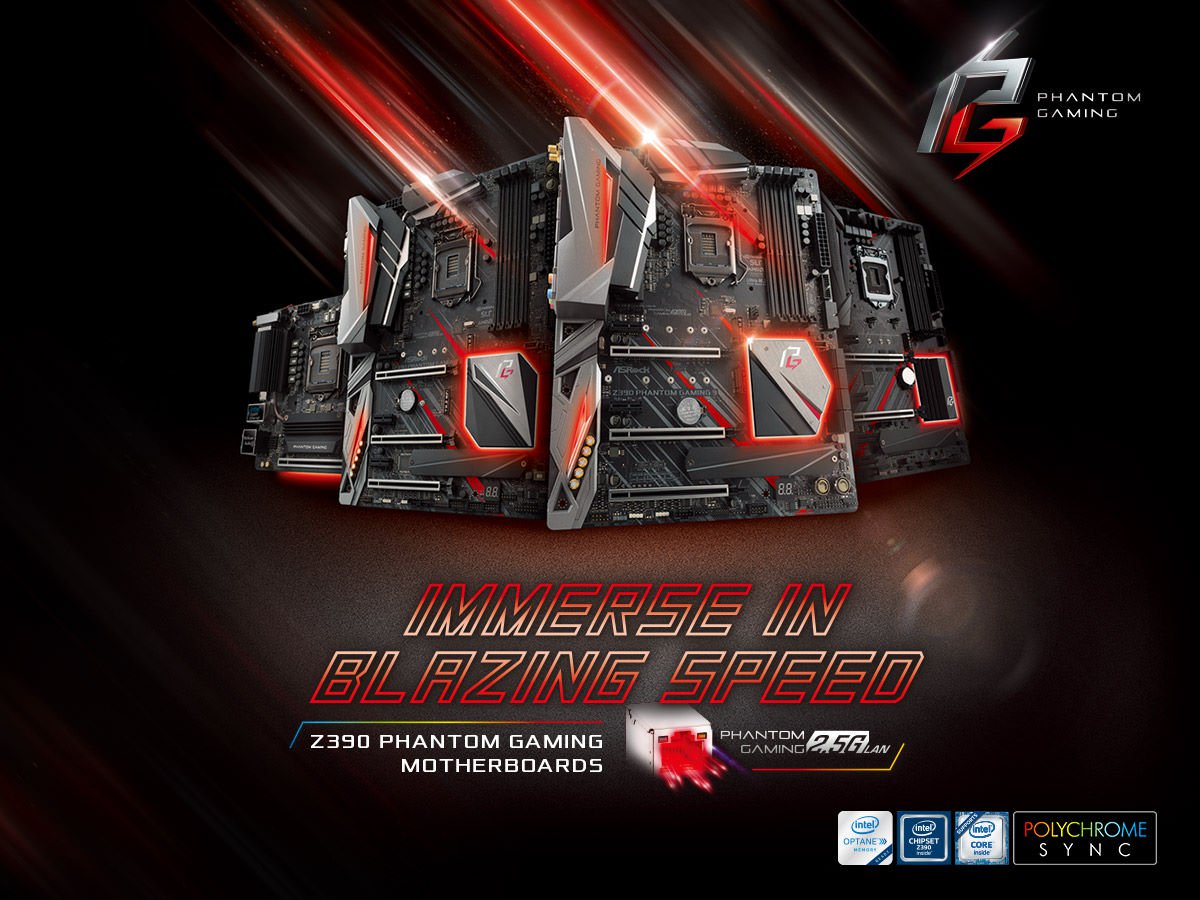 Fast internet will be the trend of the future, it is certain that the old-fashioned 1 Gbps Ethernet with soon be replaced by the more advanced 2.5 Gbps LAN interface, giving network performance boost to up to 2.5x the speed of old-fashioned gigabit Ethernet. The Z390 Phantom Gaming motherboards will be the first to adopt this new industry standard and provides blazing fast 2.5 Gbps LAN, supporting next generation networking standards, for an unbeatable experience. The intelligent Phantom Gaming 2.5Gb/s LAN platform is designed for the demanding requirements of home networking, content creators, online gamers and users of high-quality streaming media. Also ASRock's Phantom Gaming network software is able to automatically accelerate critical gaming network traffic ahead of other data to provide smoother, stutter-free game performance and give gamers the ultimate competitive edge. 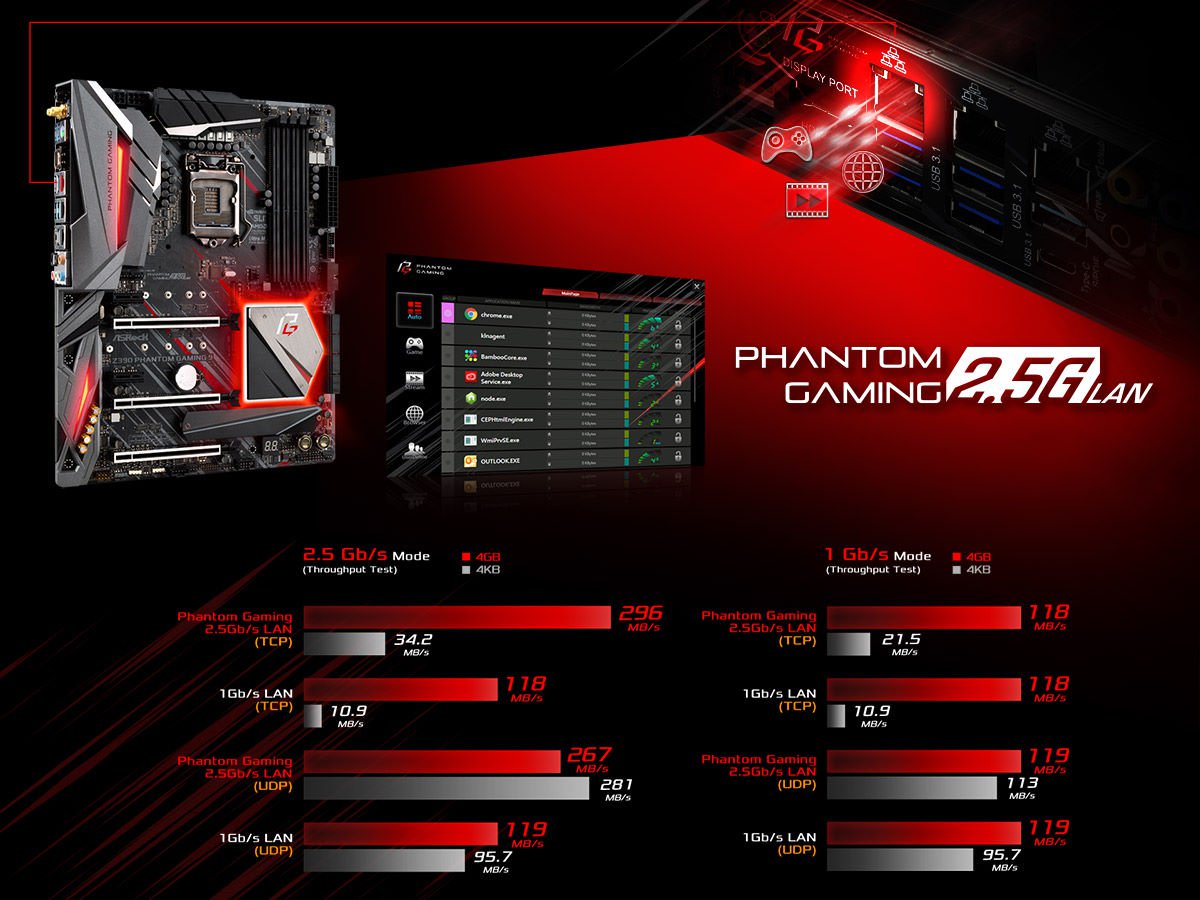 ASRock's IR Digital PWM 12 Power Phase design is ready for the most demanding modern processors. In this latest generation, Intel® has added more cores to the new processors, so these already powerful CPUs now offer even higher performance. But more cores can sometimes demand more power when overclocking. By providing the steady and solid support of twelve power phases, the ASRock power system is designed for maximum stability at all times, and for maximum overclocking ability whenever you need it. 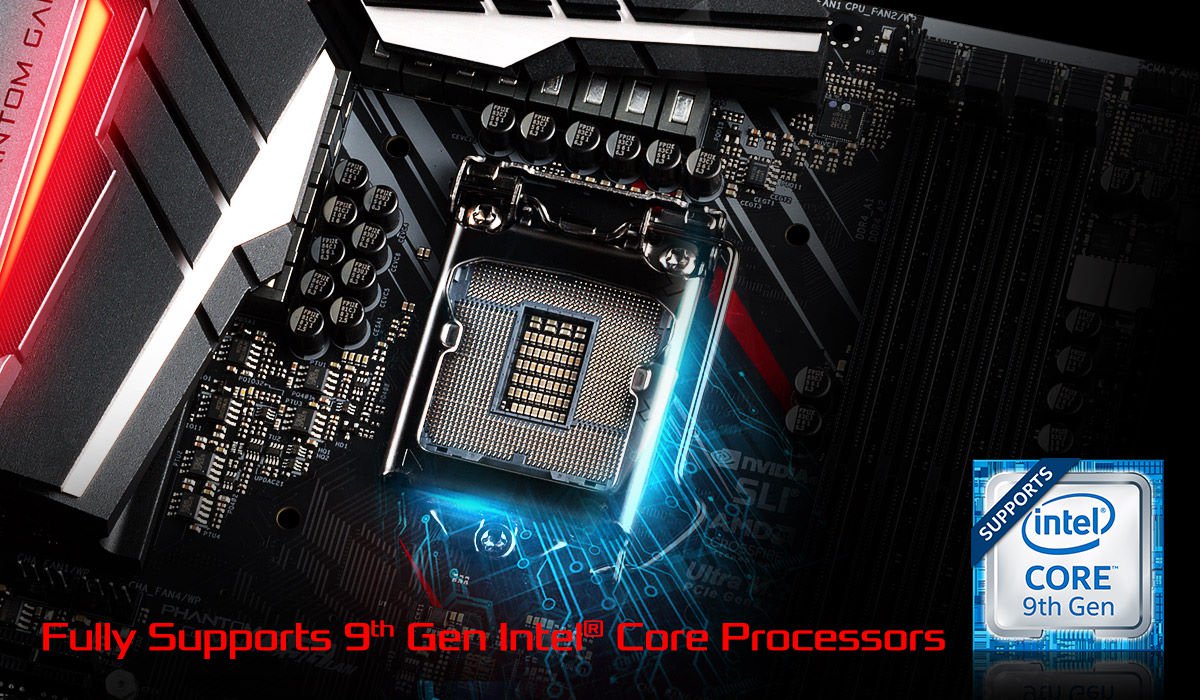 The new Z390 motherboards from ASRock bring best-in-class features to power users, including the most responsive high-speed internet connectivity at up to 2.5 Gbps, super stable 12 phase power design – plus outstanding ASRock features such as USB Type-C, vivid Creative Sound Blaster Cinema 5 sound, vibrant Polychrome SYNC full color RGB LED control, and full coverage M.2 heatsinks to keep up with the fastest storage performance. With all these powerful and versatile new features, ASRock now has the best all round product line for gamers, as well as for performance-hungry power users. 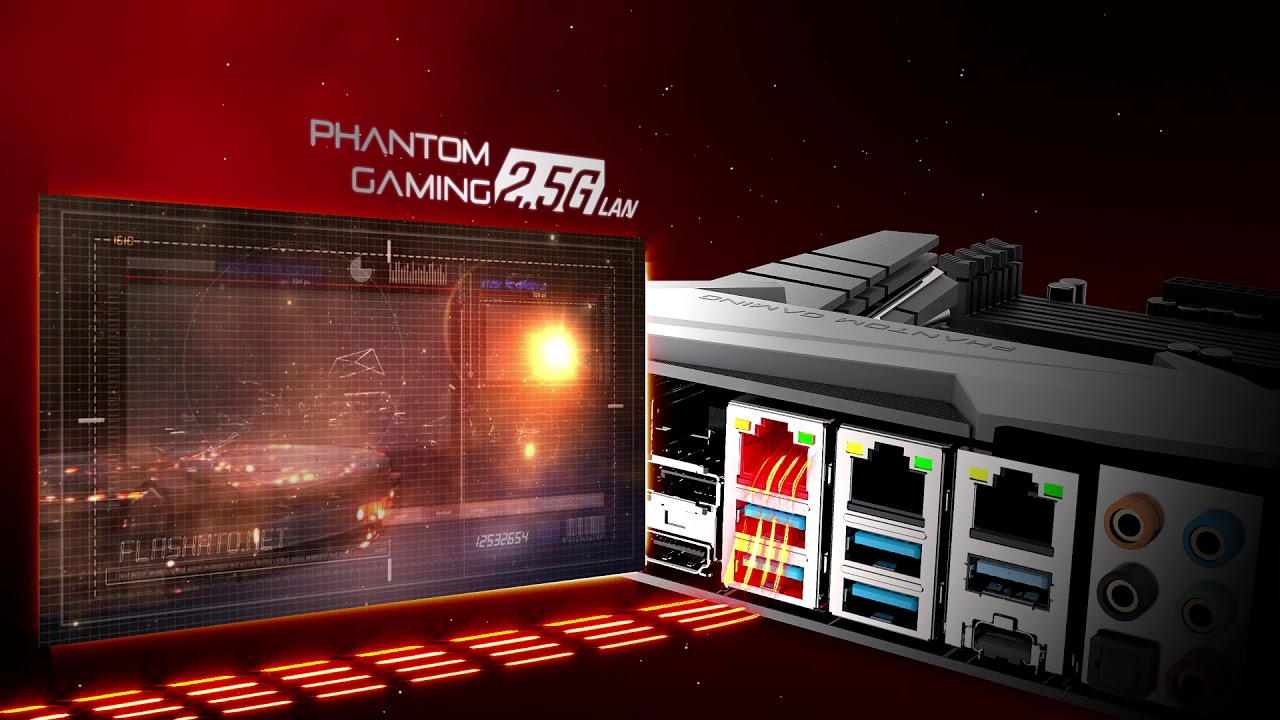 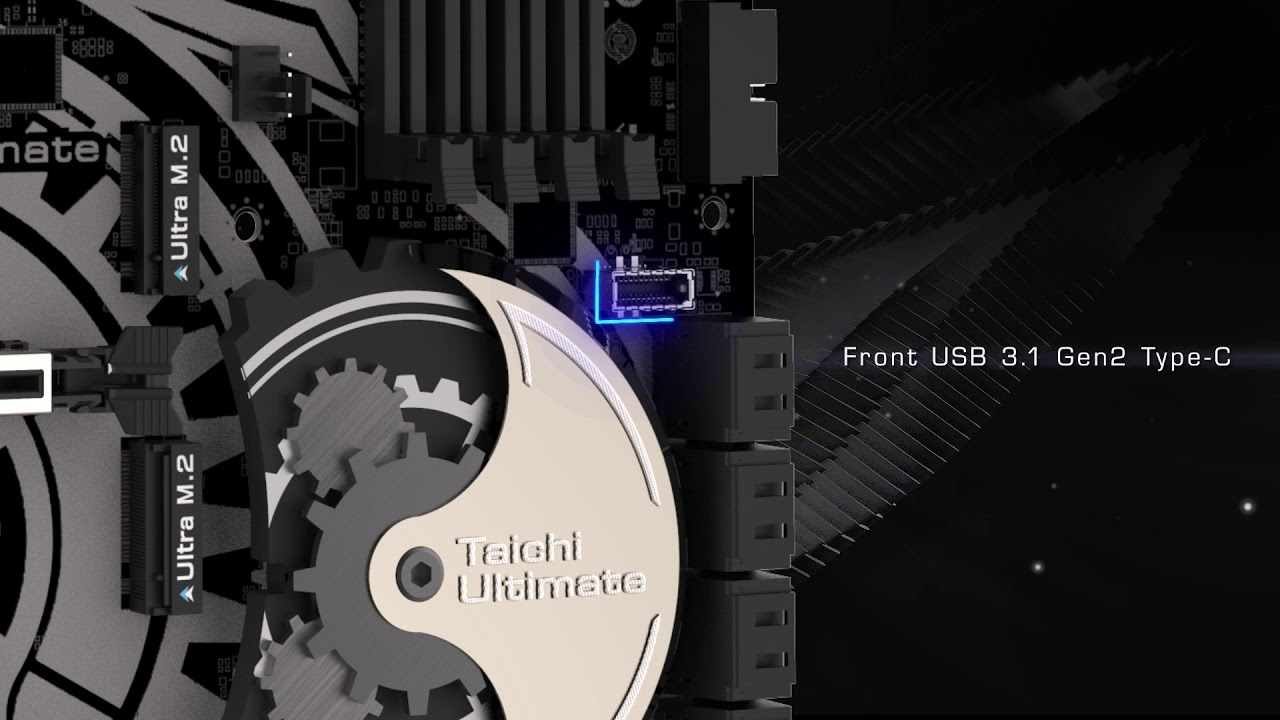