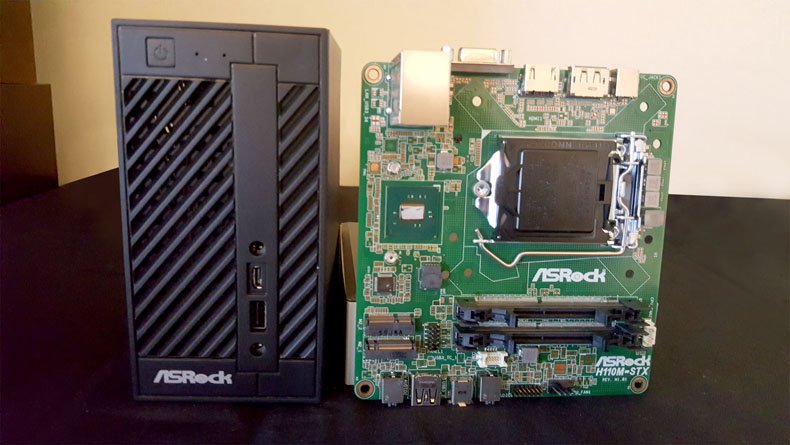 ASRock H110M-STX falls into the mini-STX category, a completely new form factor that consists of a miniature Intel® socket motherboard which is roughly around 5x5 inches, even smaller than the former mini-ITX motherboards. Compared to former SoC (System on Chip) NUCs that have processors soldered onto the motherboard, ASRock H110M-STX uses an Intel® H110 chipset, and grants users the freedom of choosing their own six generation processor, as well as a standard desktop CPU fan that is not supported on other mini-STX motherboards. Ultimately, it's less power consuming than the average desktop configuration, it is also way more flexible and powerful than NUCs. 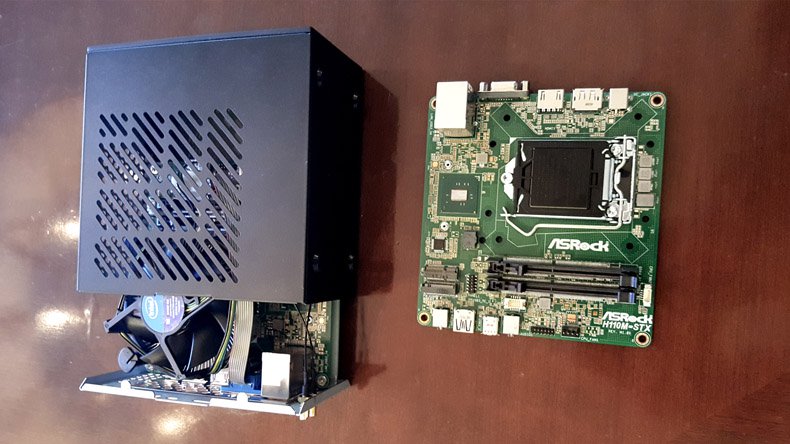 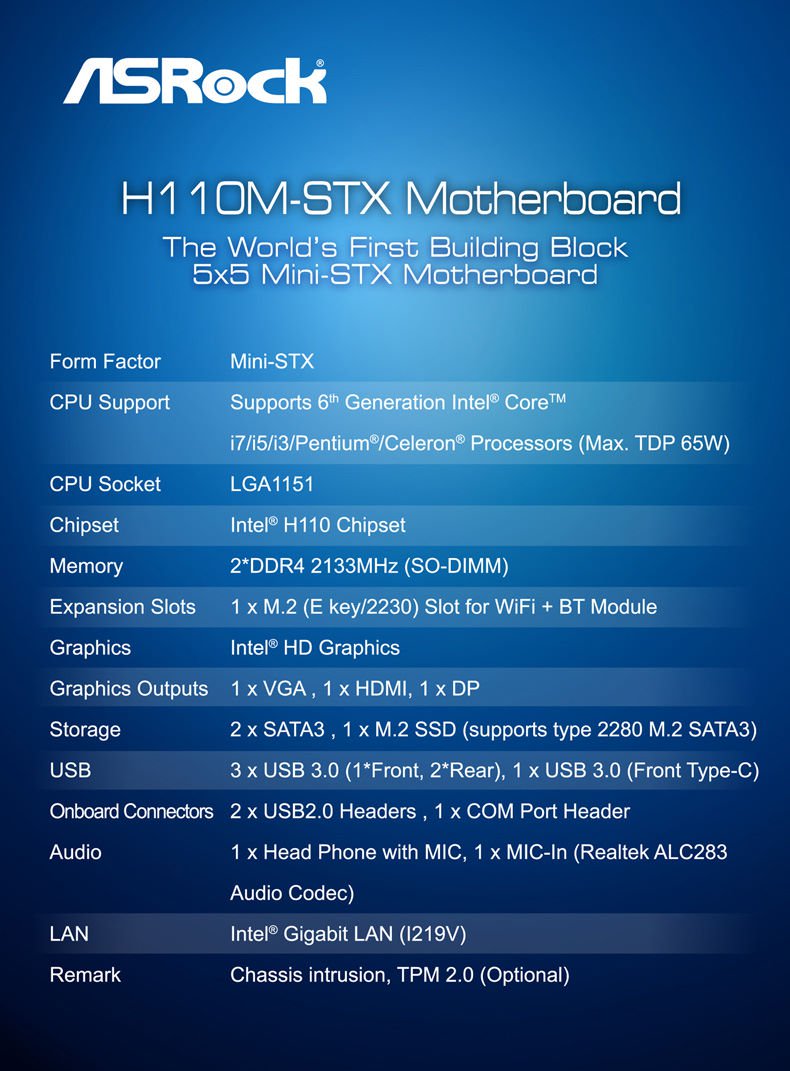 In addition to the new motherboard form factor, there's also a new case design for enclosing this petite system. ASRock H110M-STX MINI PC is the world's first and only mini-STX building block PC, meaning that users may not only install an Intel® desktop processor, but also have enough headspace to squeeze in a standard LGA 1151 Intel® box fan for cooling the components inside the 1.92 liter case. While the small size and compact design suggests that graphics cards are out of the picture, ASRock H110M-STX MINI PC will support onboard Intel® HD graphics with a full set of VGA, HDMI and DisplayPort outputs on the rear i/o panel, and still have adequate room for a 2.5 inch HDD or SSD. 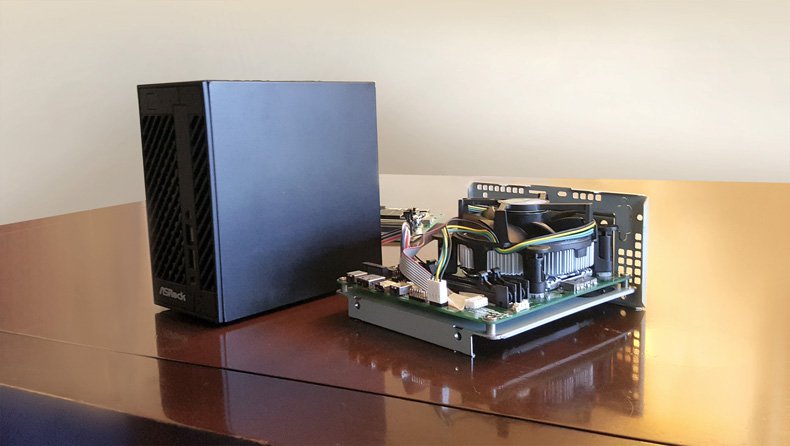 ASRock H110M-STX is the only one with enough space for a CPU fan. 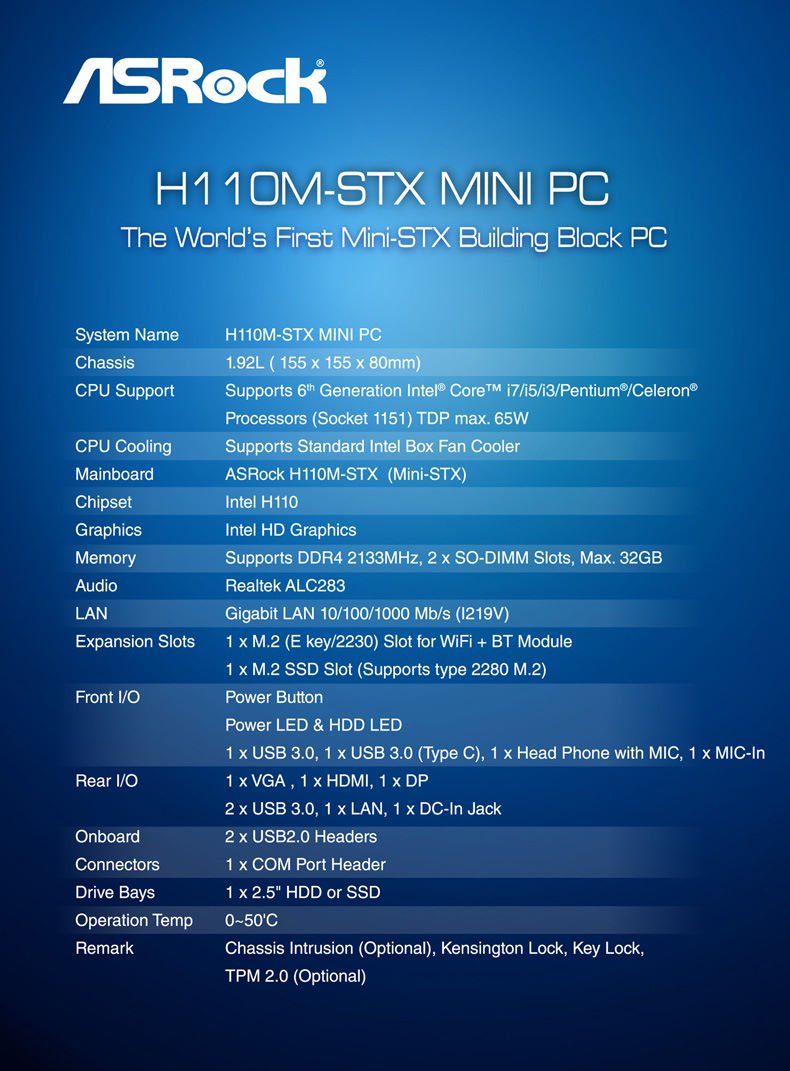