TAIPEI, Taiwan, April 12, 2016 – Whether you were aware of it before or not, Intel's new line of 14 nanometer die shrink Intel® next gen socket 2011-3 processors are arriving shortly this year, and ASRock's engineers have already completed uploading new versions of BIOS for their X99 motherboards to support these Intel® next gen socket 2011-3 CPUs. Clearly the new chips aren't available in the market yet, but if patience isn't your strong suit, then perhaps you could get a two minute head start by downloading the BIOS and upgrading now. 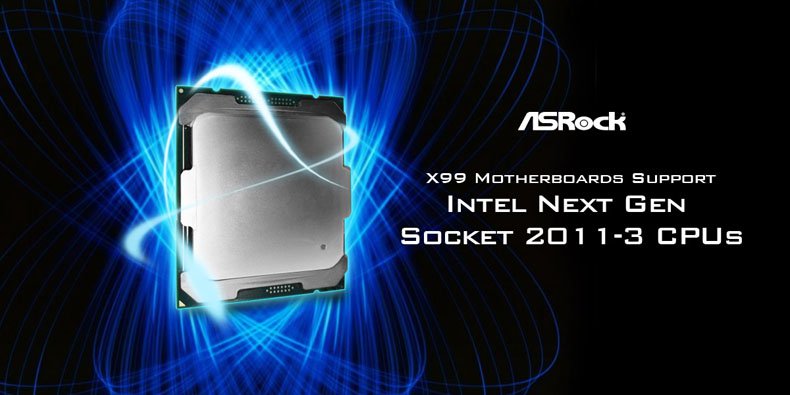 The most unmissable part of Intel® next gen socket 2011-3 CPU is the flagship, which will be the first deca-core processor for the commercial market. While this new CPU boasts a compelling ten cores and twenty threads architecture, users require a BIOS update for their motherboards to handle it, this update applies to the rest of the Intel® next gen socket 2011-3 CPU gang as well. Rest assured that ASRock's former X99 chipset motherboards will all support the new chips. Upgrade now and hold on to your horses until the new CPUs are delivered, just don't hold your breath.