I Heard that You Like Storage, So Here's ASRock's X99 Extreme11 with SAS3 12Gb/s ports

TAIPEI, Taiwan, October 17, 2014 – Have you ever tried to move files around only to find a system warning about running out of storage space? It's a heart wrenching moment when you must involuntarily decide which files to keep and which should be deleted, arguably one of the toughest life decisions one must make. Luckily now there's ASRock X99 Extreme11, a monstrous LGA 2011-3 motherboard that holds a total of 18 SATA3 6.0 Gb/s ports, including ten ports that are provided by Intel's X99 chipset, and the other eight ports SAS3 12.0 Gb/s or SATA3 made possible by an added LSI SAS 3008 controller chip. The data transfer rate is fascinating too. With a couple of SSDs, ASRock's testing lab reached a ludicrous file transfer speed of 6.1 GB/s! 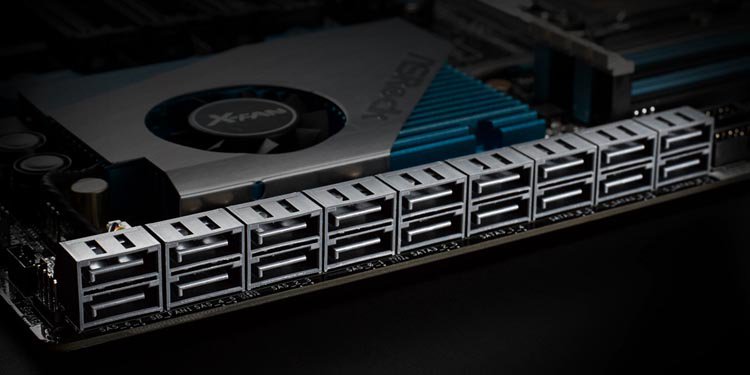 18 SATA3 ports lined up on the motherboard, including 8 of them that can also support SAS3 12.0 Gb/s.

This flagship motherboard is designed to make power hungry hardware enthusiasts drool all over the place. Built around Intel's latest X99 chipset, X99 Extreme11 supports Intel's Haswell-E Core i7 as well as Xeon processors, so it is also ideal for making a storage happy workstation or small server system. 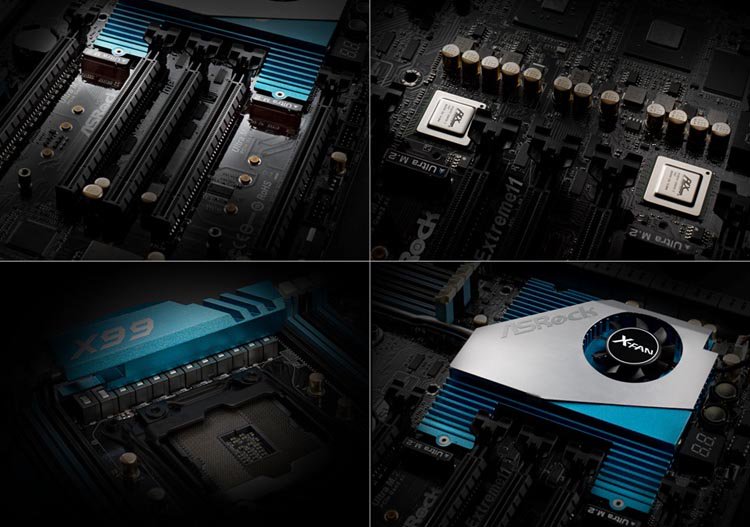 Crammed full of parts and components, nothing gets more extreme than X99 Extreme11! 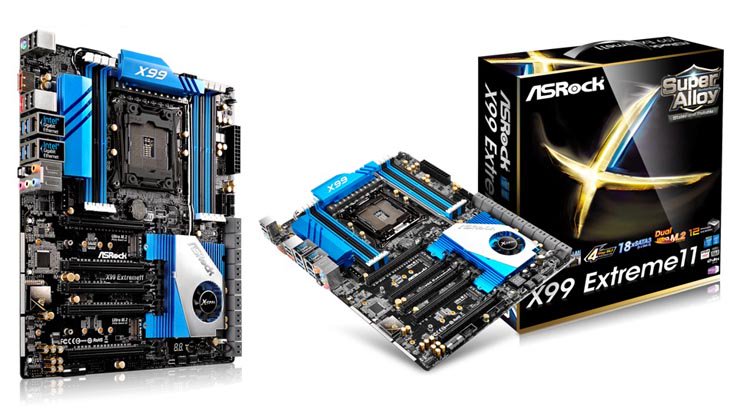 X99 Extreme11 is first class of ASRock's Super Alloy series motherboards. Along with the Super Alloy features and the 10 SATA3 plus 8 SAS3 ports, there's actually even two more Ultra M.2 PCIe Gen3 x4 32Gb/s slots hidden between the PCIe slots. Speaking of which, there are five PCIe Gen 3.0 x16 slots backed up by two PLX PEX 8747 bridge chips to support 4-Way SLI/CrossFireX in x16/x16/x16/x16 mode! Furthermore, the most optimized 12 power phase design for the best performance/power efficiency. And not to forget, support for the latest DDR4 ECC and UDIMM/RDIMM memory modules with up to 128 GB capacity and speeds up to DDR4 3400+(OC).

For detailed information about this motherboard, please check:https://www.asrock.com/mb/Intel/X99%20Extreme11/