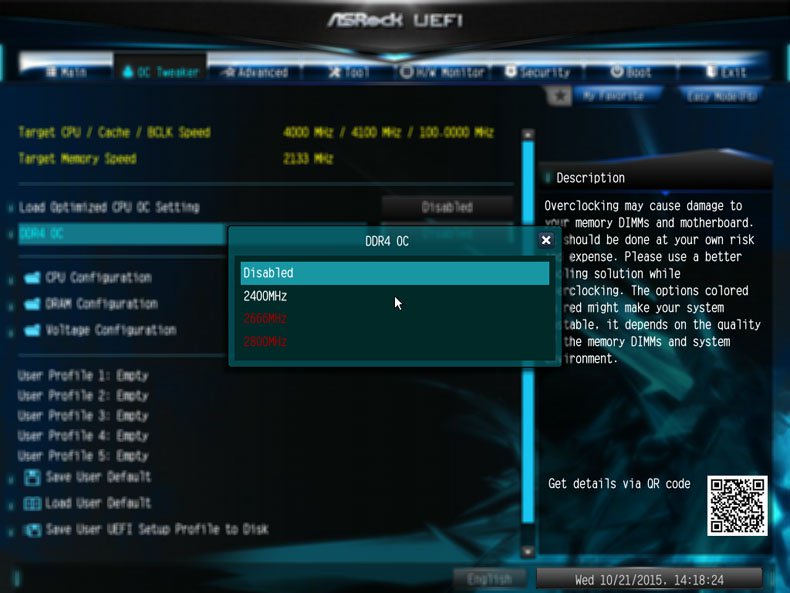 Some users found this mysterious feature as they inserted certain memory modules on their ASRock Z170 Pro4. An unseen before option "DDR4 OC" appeared in the UEFI menu and it offered several memory frequencies. Now, this is all officially confirmed, DDR4 OC reveals itself when Kingston, Samsung or a few other memory modules are installed to ASRock's Z170 series motherboards, and it's kind of like a one click DDR4 memory overclocking feature that unlocks the hidden performance of your DDR4 memory sticks. For example, a pair of Kingston 2133MHz DDR4 memory modules can be enhanced to 2800MHz, that's a whopping 31% memory frequency boost!

ASRock states that all Z170 motherboards will have this hidden feature, however at the end of the day it is still largely dependent upon the memory modules you install, which might or might not trigger DDR4 OC. Upgrade to the latest UEFI, and don't forget to show us your results.