TAIPEI, Taiwan, November 5, 2014 – Even though nearly all motherboards are composed by pretty much the same chips, same connectors and share similar features, still there's a handful of phenomenally designed game changers that shine like a beacon across the endless sea of mediocrity. ASRock X99 Extreme11 is one of those motherboards that elevate technology and computing to another level, especially with its unparalleled 18 SATA ports that can hit 6.1GB/s data rates! "…noting of course that much of the testing conducted here cannot be completed on any other consumer enthusiast level motherboard in the world." There simply isn't any other X99 motherboard on the market that supports SAS 12Gb/s ports, so it wins the Editor's Choice from "The SSD Review. 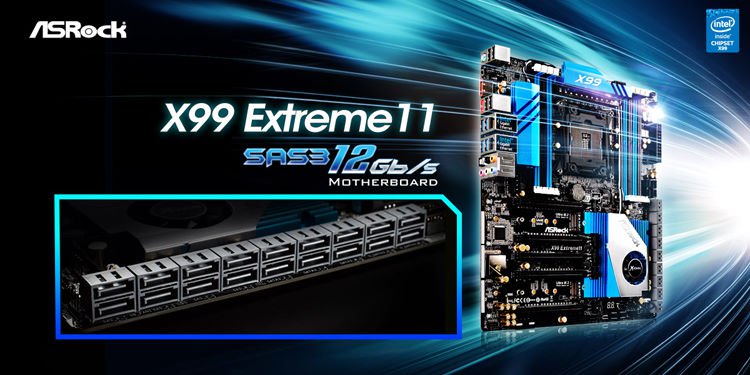 Besides the monstrous storage capability, ASRock X99 Extreme11 also holds an endless list of top notch features for a low price. "…where else can you put together a gaming system capable of just under 5GHz CPU overclock, up to 128GB DDR4 RAM, quad x16 SLI/CrossfireX graphics, dual Ultra M.2 slots capable of up to 32GB/s each, or 8 SAS 12.0Gb/s + 10 SATA ports that bring in up to 6.1GB/s transfer speeds?" Hint, hint. 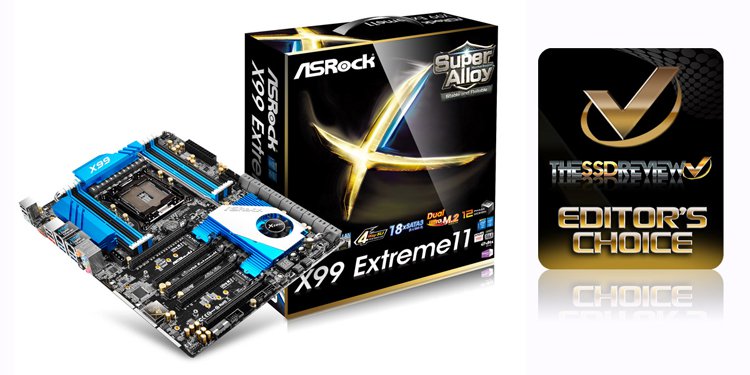 For detailed information about this motherboard, please check:
https://www.asrock.com/mb/Intel/X99%20Extreme11/