ASRock, the global leading manufacturer of motherboards, today announced that it will exhibit at Embedded World 2013 in Nuremberg, Germany on February 26 - 28, 2013. Throughout the exhibition, ASRock will display its latest product line of industrial motherboards. 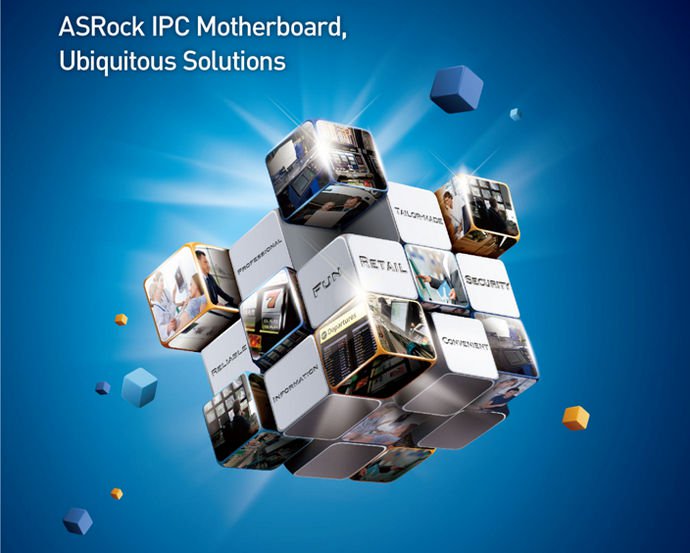 In addition to the Embedded World Exhibition, ASRock is also planning to join other IPC exhibitions in 2013 such as Design West in United States and ESEC exhibition in Japan. Impressed by the high profit and rapid growth of emerging applications devices in the IPC industry, ASRock is beginning to aggressively extend its product portfolio on industrial/server motherboards in 2013. In 2012 ASRock has already built up a solid sales channel in Japan, Korea and South East Asia, currently ASRock is looking to its promising growth in Europe, Australia and United States. The overall effort on industrial motherboards has gradually drawn great performance in 2012; ASRock's goal is to triple the growth of industrial motherboards in 2013 compared with 2012.

ASRock's industrial motherboards can be widely used for any kind of industrial usages. From KIOSK, gaming machine panel PC, retail & POS to surveillance..., getting more from the motherboard has never been easier. Coupled with top-end hardware components, premium software utilities and APIs, ASRock's IPC Motherboard Series are surely the best solution to build up a successful business. More to the point, ASRock provides long-term, stable supplies and even bundles a 2 year warranty, we are confident to deliver high performance after-sales services.

Welcome to the ASRock, here you shall experience a full range of industrial motherboard products. If you want to schedule an appointment with one of ASRock's IPC representatives at Embedded World 2013, please don't hesitate to contact us by asr_ipc@asrock.com.tw