GERMANY, Hannover, March 1, 2013 – Once again, the whole digital world and ICT industry holds their collective breath as CeBIT 2013 is about to unfold at Hannover, Germany from 5 to 9 March. Without doubt, the authority on motherboard manufacturing, ASRock is not going to miss it for the world! At this year's CeBIT exhibition, ASRock will be showing four major product lines – Mainstream DIY motherboards, mini PC home theater systems, industrial motherboards and server/workstation motherboards. The consumer based DIY motherboards will fall into three main categories including the gaming Fatal1ty Series, Nick Shih's secret weapon the OC Formula Series, and the primo Extreme Series for both AMD and Intel® platforms. As for the mini PCs, all I can reveal to you right now is that we are going to tease you with a futuristic gaming rig, which is the creative innovation of both BMW Group DesignworksUSA, a design and creative consultancy and subsidiary of BMW Group and ASRock!

Mainstream Motherboards in the Spotlight

The DIY motherboards will be divided into three groups for the show. There will be motherboards for gamers, overclockers and professionals, so everyone can build their own unique ASRock rig!

OC Formula Series : For the OC Formula Series, we will be featuring none other than the award snatching, contest winning, record breaking Z77 OC Formula. If you conceive overclocking as an arduous mission, then Z77 OC Formula is well prepared with its Power Kit, Connector Kit and Cooling Kit to assist you to accomplish it with ease.

Extreme Series : Lastly, the motherboards built with the most top notch materials, the Extreme Series for professionals will include our X79 Extreme11 to live demo 4-Way SLI and RAID 0 with SATA3 SSDs on LSI SAS ports. A Z77 Extreme11 to live demo 4-Way CrossFireX and RAID 0 with 8 SATA3 SSDs. As for AMD part, ASRock will be displaying the top-end 990FX Extreme9 motherboard. And also an FM2A85X Extreme6 to demo our latest record breaking results of FM2 OC COMPUTETION event. 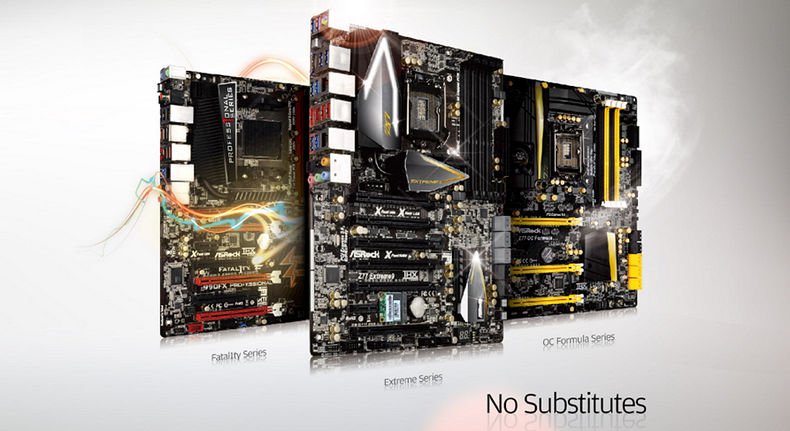 Furthermore, Intel's upcoming 8 series motherboards such as Z87 Extreme6, Z87 Pro4-M H87 Pro4 and B85M will be there for static display too.

What do you get if you cross a creative consultancy with expertise in automotive and industrial design with the leaders of motherboard designing? Hint hint, it's covered elegantly in crimson and black, bearing muscular yet smooth angles. BMW Group DesignworksUSA and ASRock is here with a definitive answer – an icon like gaming PC. "You just wait. This collaboration between BMW Group DesignworksUSA and ASRock is totally going to knock your socks off and show up on your Dear Santa letters!" exclaimed James Lee, vice president of ASRock.

Sonja Schiefer, Director of Design, Munich Studio, BMW DesignworksUSA , stated, "Our goal was to create desirability and iconic differentiation in a mini PC. We reached this goal thanks to a design language focused on superlative and a solution that was very much an exaggerated mode of expression." 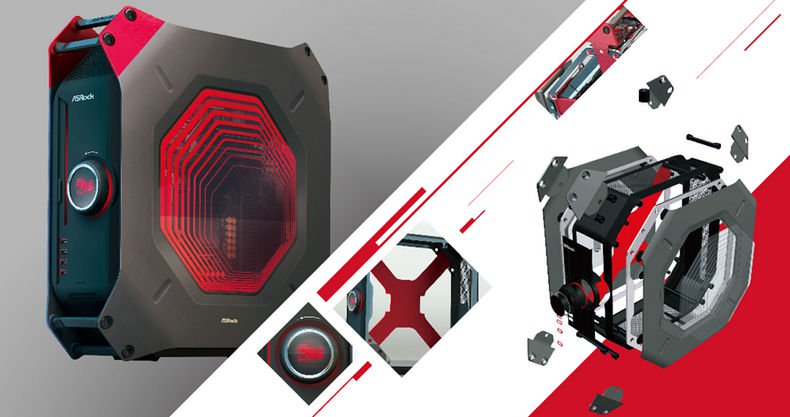 Besides the mysterious new gaming rig, VisionX, Vision HT and MINI series are all attending this global event to show off their capability of handling 3D visuals and surreal sound effects.

ASRock is proud to present its latest product line of IPC, servers and workstations. Brought to you with customizable designs, long term support and satisfying after sales services.