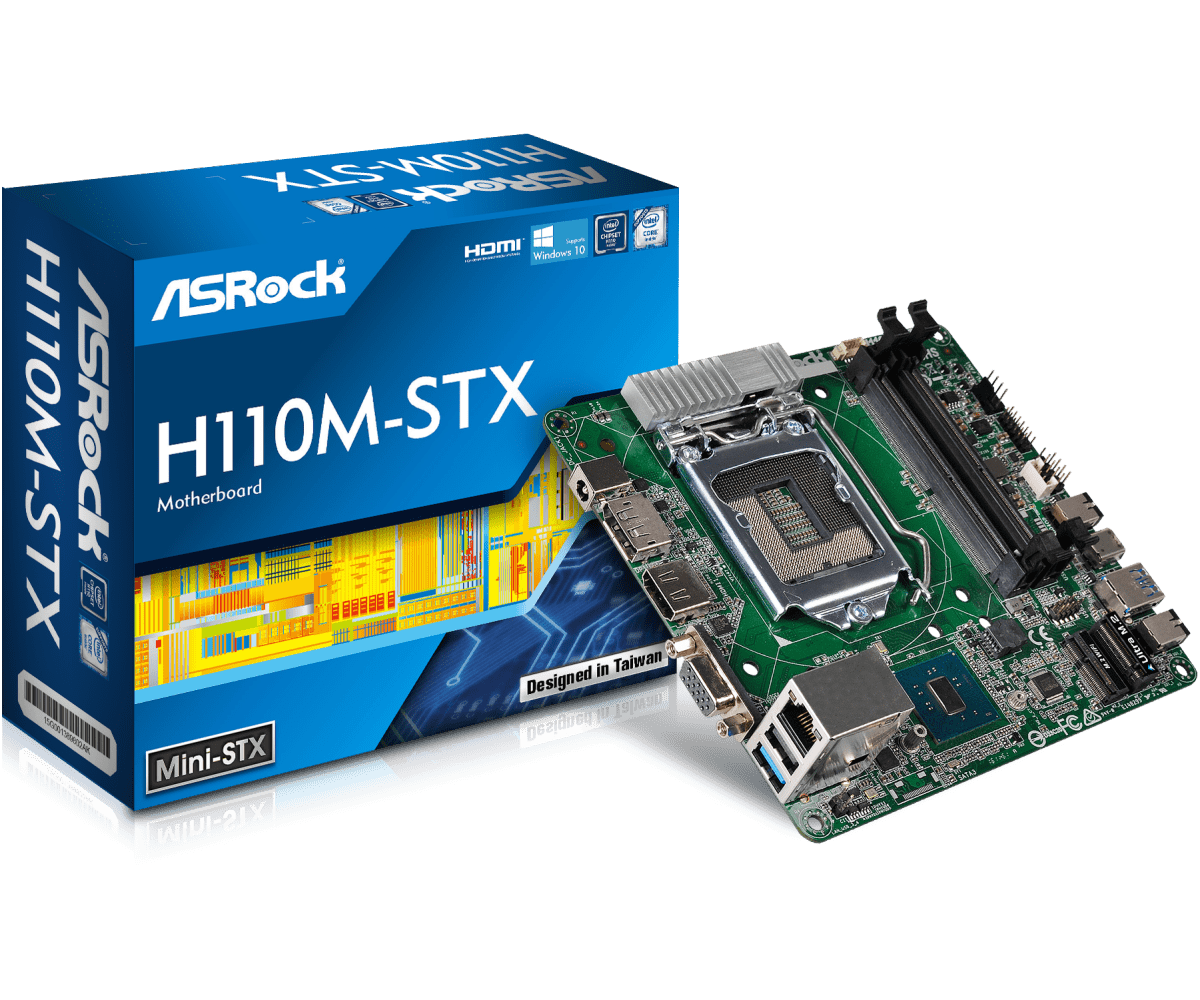 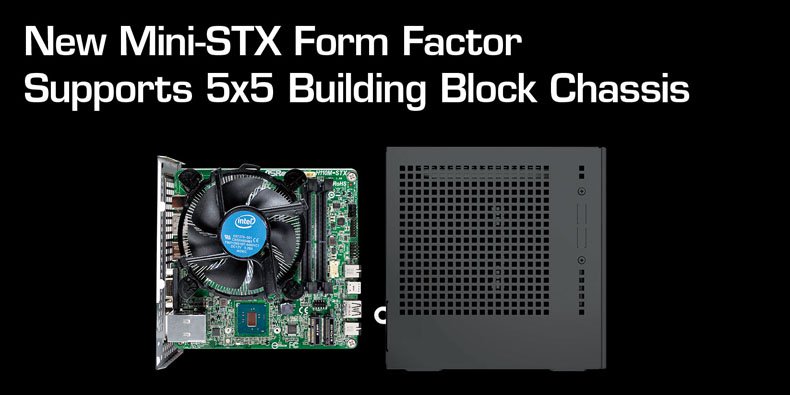 ASRock H110M-STX is the world's first Mini-STX motherboard that supports 5x5 building block chassis design and adds the flexibility to choose your own Intel® LGA 1151 socket-based processors as well as standard Intel® box fans. Not only provide powerful performance in a compact design, the tiny board also offers plenty of upgradeability, manageability and connectivity. 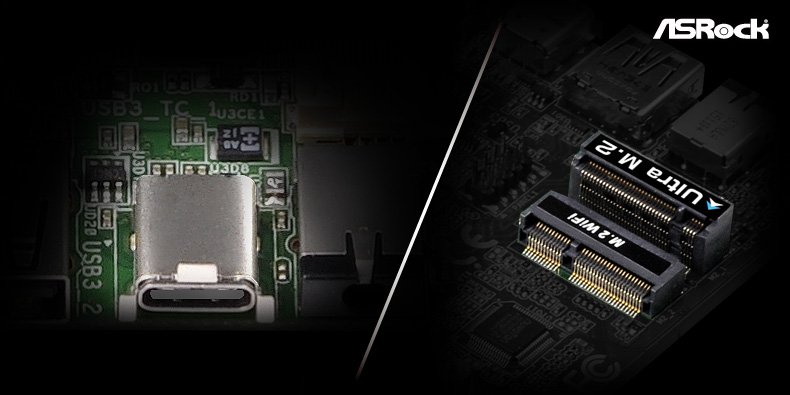 Three graphics outputs (D-Sub, HDMI, DisplayPort) that serve all kinds of possible displays while two SATA3 headers that support additional 2.5" HDDs or SSDs. Intel® Gigabit LAN that provides lower CPU utilization, enhanced stability and your most wanted throughput performance. A USB 3.0 Type-C connector with reversible design located on the front I/O that drives up to 5Gbps data transfer rates. M.2 is a must item for DIY products and H110M-STX even offers two. One M.2 slot for supporting a Wi-Fi & BT module, and a second one for supporting PCIe Gen3 x4 M.2 SSDs which is directly powered by the CPU, thus boosting a 7% better performance. Moreover, this is an energy-smart motherboard that is powered by 19V DC adapters, thus reasonably reduces power consumption as well as energy bills.

Some of the industry-leading chassis makers such as Silverstone and AKASA will be launching their Mini-STX solutions soon. Mini-STX will become a new and fresh trend in DIY market. So, can't wait to set up the incredible and the world's smallest PC on the face of earth? Keep eyes on ASRock's latest status and you will be satisfied pretty well.